The years following the march to Montgomery, Reverend Dr. Martin Luther King Jr., worked to address issues of poverty and financial inequality, themes that continue to be in the headlines 50 years later. Economic inequality, access to affordable healthcare, and the social divide are still hot topic issues debated by pundits and activists in 2019. You may gain some perspective on these issues exploring your local community’s archive on these topics, in an effort to better understand what has, and has not changed. The times are quite different, but Dr. King’s vision remains for many. He had a dream, and a mission, and others, including his late wife, Coretta Scott King, carried the torch after Dr. King’s life was ended by assassins bullet in April of 1968.

After two sanitation workers were killed, Reverend James Lawson ask Dr. King to come and help bring attention to the plight. The two men were crushed to death in an accident resulting from poor working conditions and unmaintained equipment, as they huddled in the dumpster hopper of their truck, seeking shelter them from rain. Dr. King traveled to Memphis on March 18th of 1968 to show solidarity with the striking garbage collectors, who were making on average of a little more that $1 an hour. After addressing what, at the time, was the largest in door gathering of the Civil Rights movement, he returned home.

He made a second trip to Memphis on the 28th, but this time there was violence that marred the event, reminiscent of the marches in Alabama the previous year. Blame was placed on a black organization attending the event, who did not share Dr. King’s philosophies of civil disobedience and non-violence. If Dr. King did not feel so strongly about the symbolism between the garbage collectors plight, and the core objectives of his Poor People’s Campaign, he would not have made a third trip due to the negative public perception as to what had transpired previously. However he was a man of convictions, and felt a responsibility not to abandon those who needed him.

On April 3rd, King returned to Memphis on last time, where he delivered the “Mountaintop” speech at at the Bishop Charles Mason Temple, which with hindsight seems almost like foreshadowing, with phrases such as: “…Like anybody, I would like to live a long life. Longevity has its place. But I’m not concerned about that now.…I’ve seen the Promised Land. I may not get there with you. But I want you to know tonight, that we, as a people, will get to the Promised Land!…I’m not worried about anything. I’m not fearing any man! Mine eyes have seen the glory of the coming of the Lord!”

Less than a month later, at 6:01PM, on Thursday April the 4th, 1968, the Reverend Dr. Luther King Jr. was assassinated with a 30 caliber bullet shot from James Earl Ray’s rifle. The following days saw, what at the time, was the largest manhunt in the nations history. Ray was later sentenced to 99 years, however many leaders of the Civil Rights Movement were not satisfied.

Upon news of his death, riots began across the county, and violence erupted in more than 360 cities in 37 states. By the 4th day of the riots, 8,879 arrests were made, 30 people were dead, and nearly 2,000 injured.

The Reverend Dr. Martin Luther King Jr. was killed only 51 years ago. Although much has changed, as a nation, we still have a very long way to go. There is an entire generation alive today that does not remember, let alone understand what life was like before MLK, nor the times in the years to follow. The recorded accounts in newspapers of the day, were written as the events unfolded. They reflect the “social norm” of the 50’s, 60’s, and on through the 70’s through today.

While these accounts may make some uncomfortable, they are a window in to the past. By preserving these publications, this generations, and all the generations to follow, can see where we have been, and attempt to understand the way their community reacted to the events of the day, grew through the years, and where the path from today forward has led us. We encourage you to explore the archives for yourself, and discover how your own community reported on the Civil Rights Movement, and the life and times of Dr. King.

We would love it if you share your discoveries with us, or let us know what you remember of the time? The concept of our Community History Archives is to explore, discover, learn, share, and connect. When you explore a topic as important as the Civil Rights Movement, you will discover articles and editorials, where you will learn about the people and events that shaped history. We want you to share what you have learned, and connect with your history, and your community, in a very meaningful way. 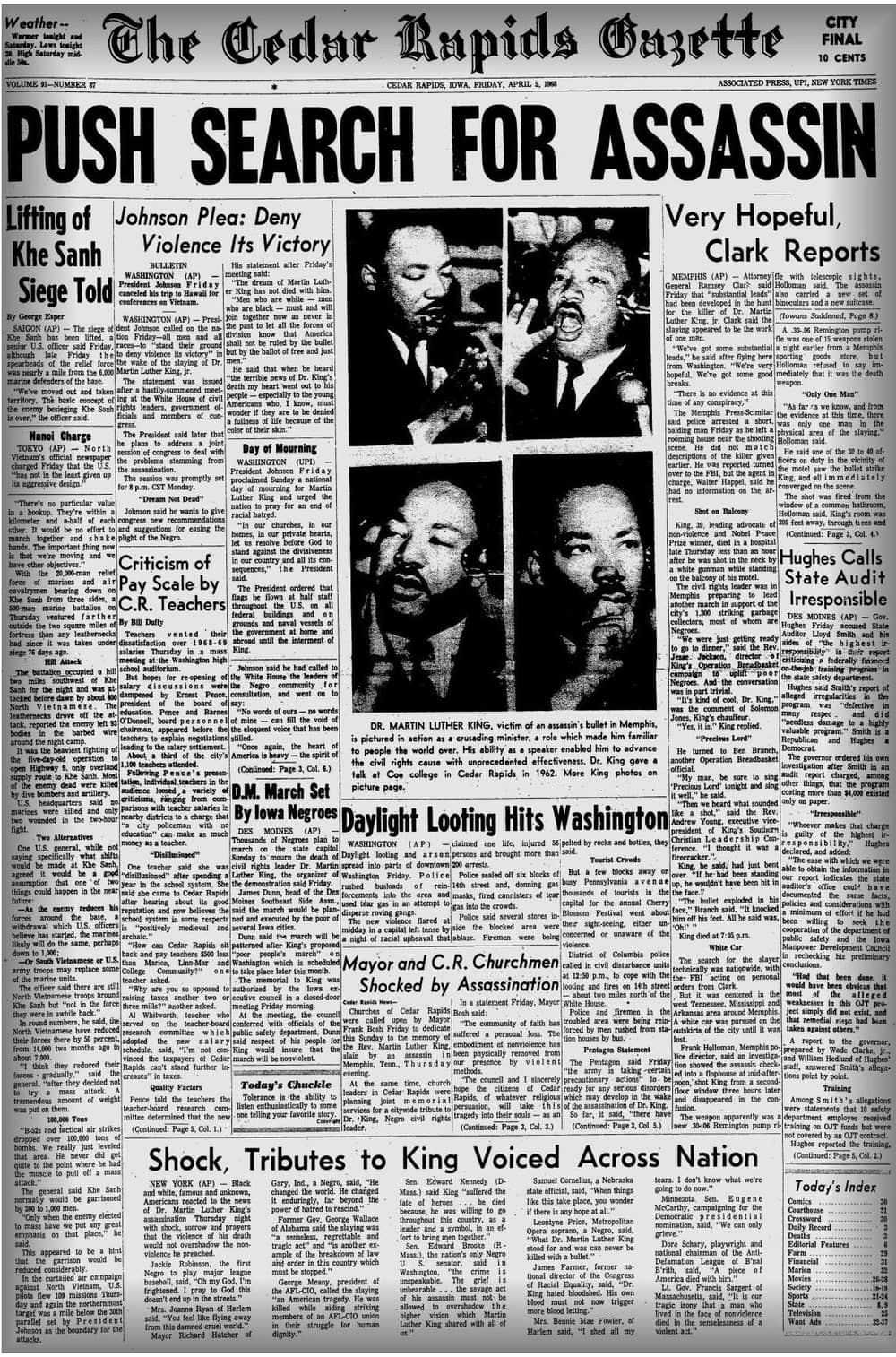 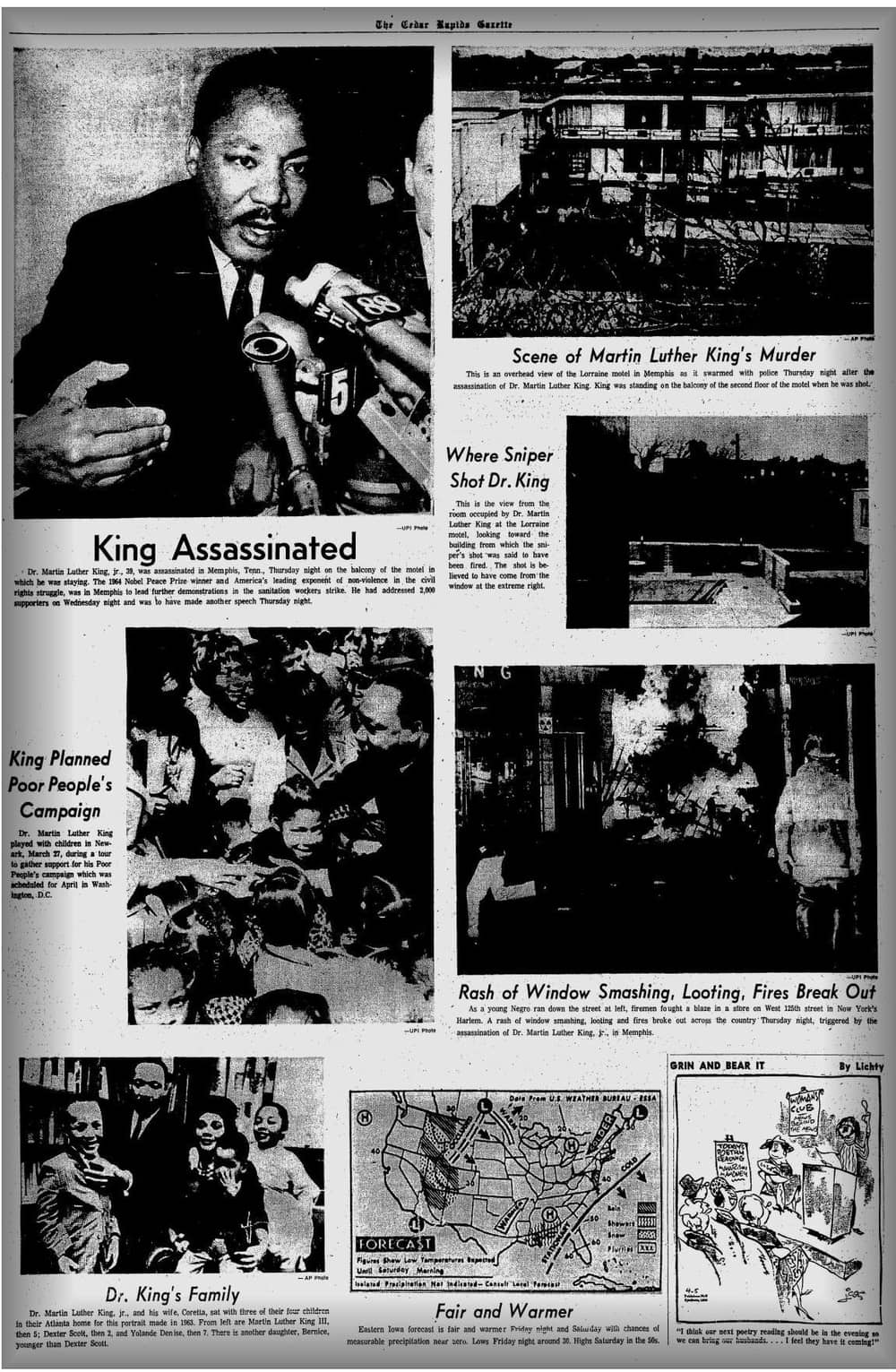 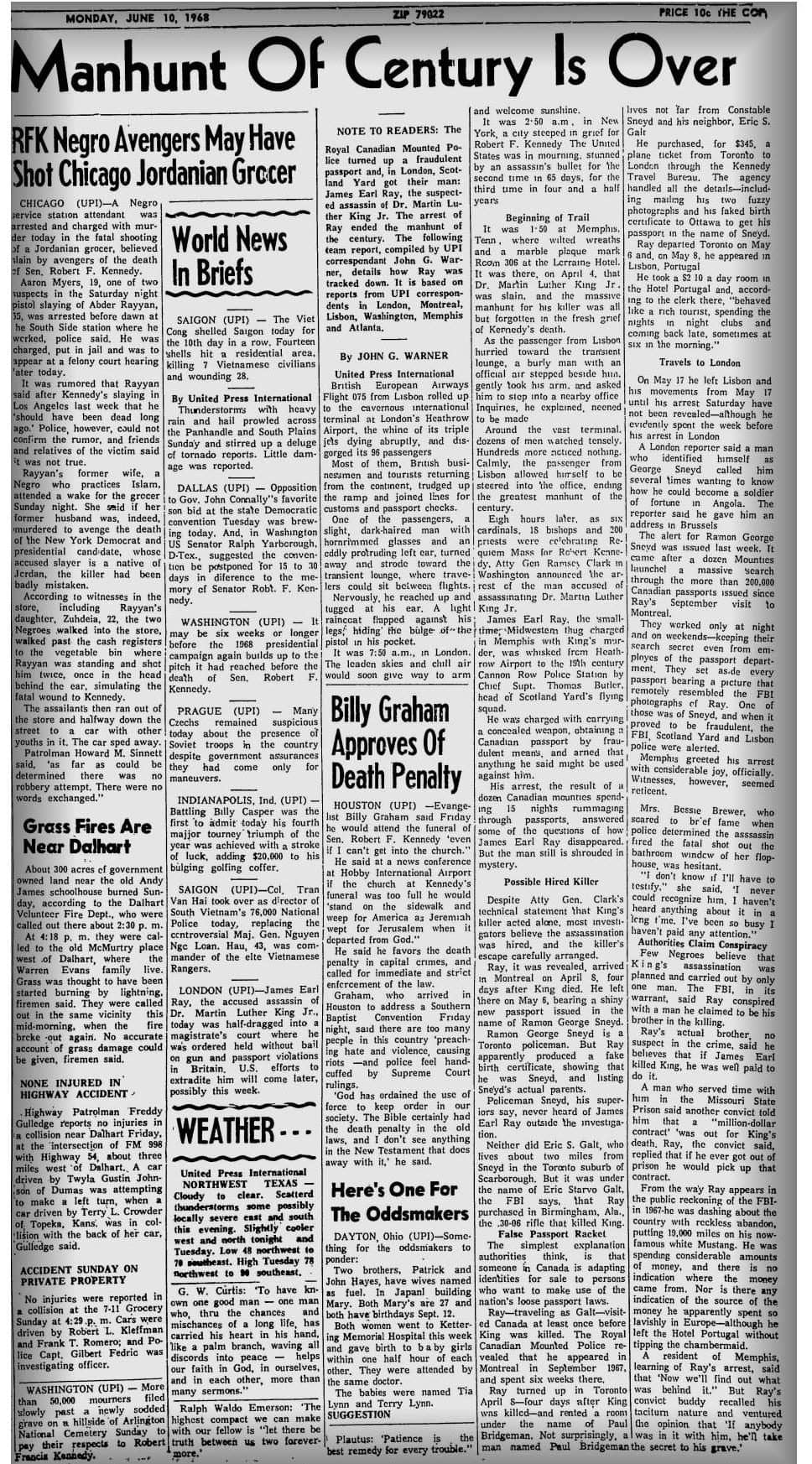 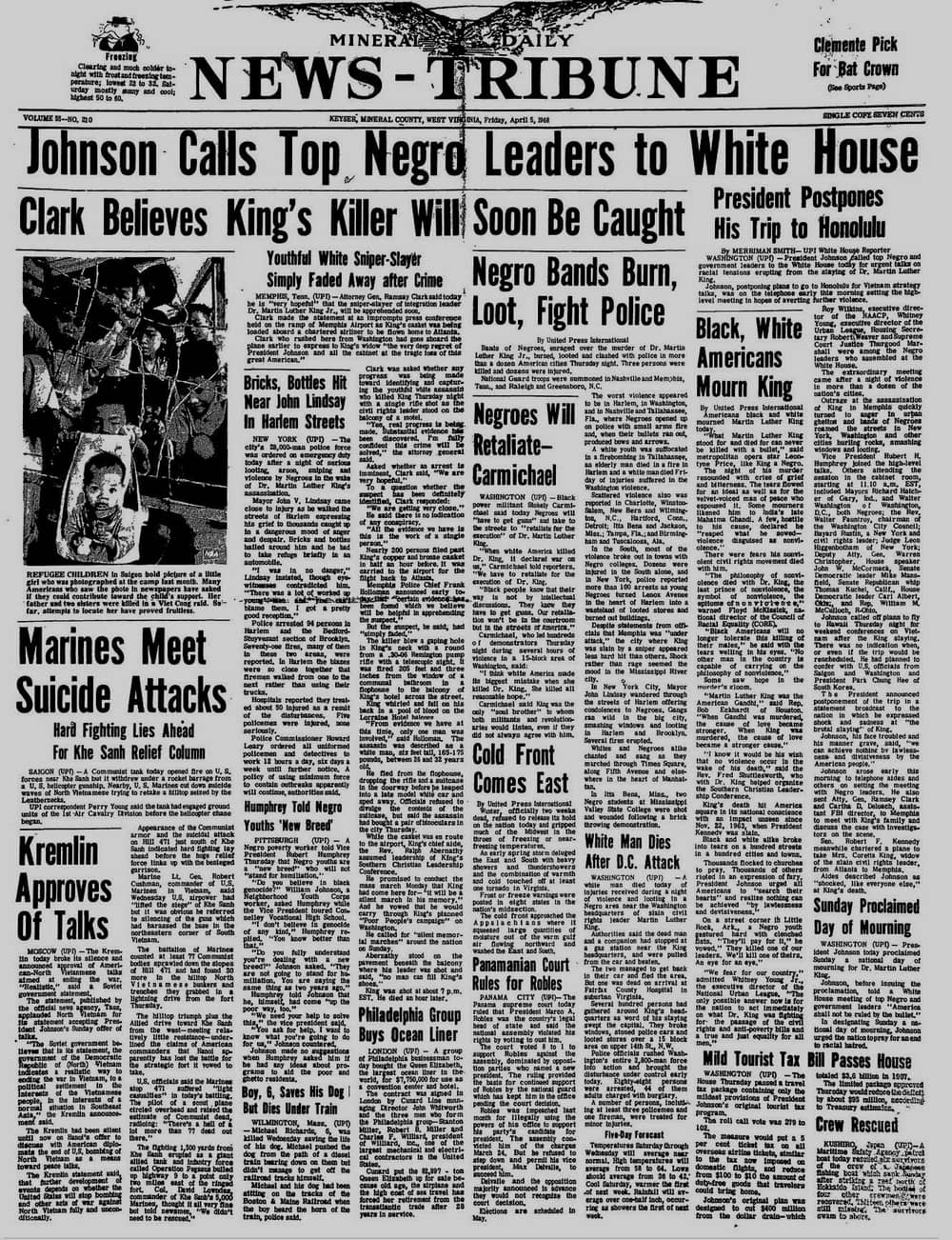 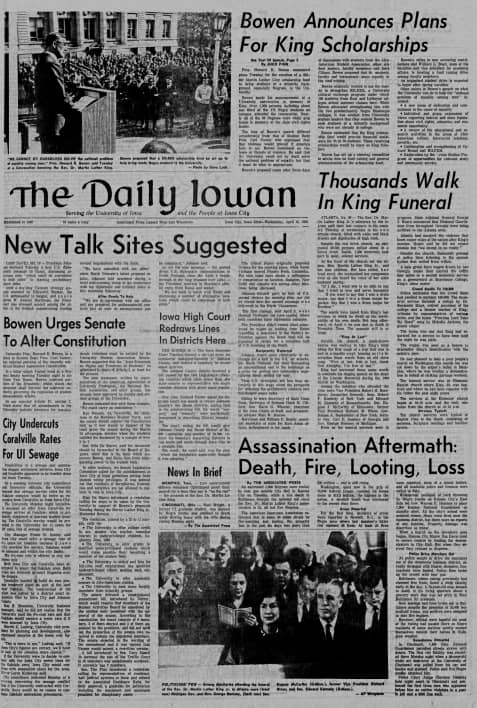 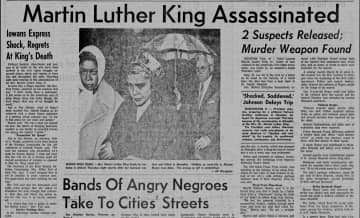