His Dream: Looking Back At The Life Of Dr. Martin Luther King Jr.

It is time to reflect on the impact the Reverend Dr. Martin Luther King Jr. has had on this country. We learned about Dr. King in the classroom, through documentaries, watching Hollywood movies, on the web or in the countless books written about his life. These sources, when complimented with primary source materials, are invaluable to understanding the times in which he lived. To truly put his life into perspective, you need to look no further than your own community’s newspapers in the 50’s and 60’s. 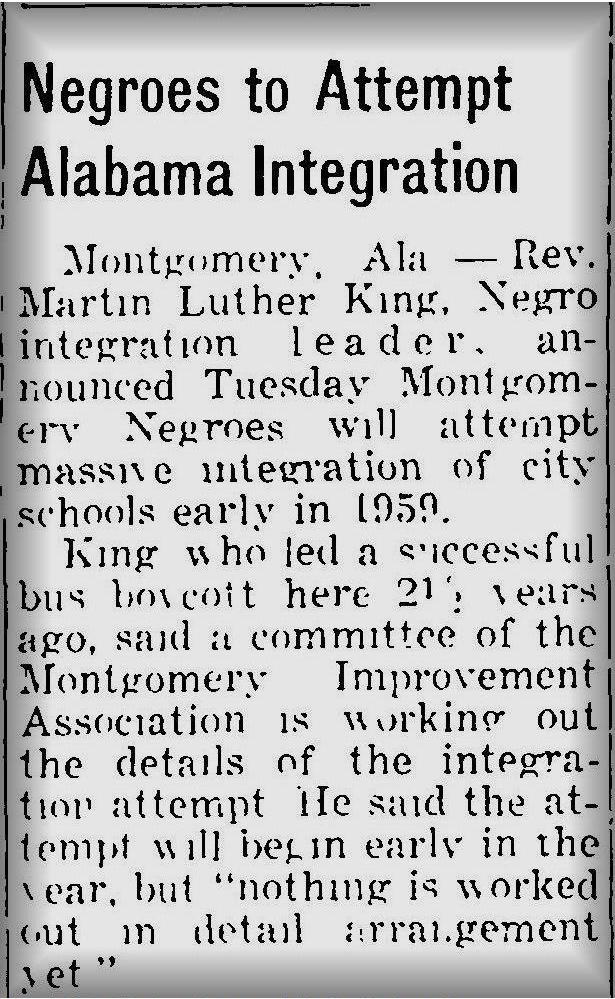 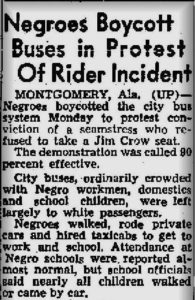 Through clips and headlines from communities across the US, we can see how the newspaper media covered the great civil rights leader’s story from the mid-’50s until his death in 1968. Through editorials that illustrate the attitudes of intolerance that was prevalent in the day, and arguably remain today. The language and tone of the articles, and especially the editorials, clearly paint the picture of the inequality, racism, and bigotry in this period of our nations history. While some of it is uncomfortable to read, it is important that we view these events as they happened. This is by no means a comprehensive list of the events and accomplishments of Dr. King, but rather a sampling of moments and the community’s reactions to them.
Although his accomplishments later in life would help define the Civil Rights Movement, Martin Luther King Jr. clearly understood the need for change as early as 17 years old. As a student attending Morehouse College, he felt compelled to write a letter to the Atlantic Constitution, following the 1946 lynchings of 5 African Americans in Georgia. The letter, headlined “Kick Up Dust”, centered on the same themes he would crusade for throughout his life: “We want and are entitled to the basic rights and opportunities of American citizens: The right to earn a living at work for which we are fitted by training and ability; equal opportunities in education, health, recreation, and similar public services; the right to vote; equality before the law; some of the same courtesy and good manners that we ourselves bring to all human relations. ”

“I often find when decent treatment for the Negro is urged, a certain class of people hurry to raise the scarecrow of social mingling and intermarriage. These questions have nothing to do with the case. And most people who kick up this kind of dust know that it is simple dust to obscure the real question of rights and opportunities…”. 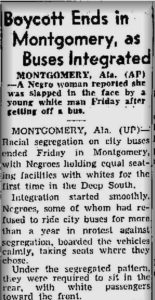 In 1955 King entered the national spotlight when the 26 year old organized the Montgomery bus boycott. The headlines illustrated the fierce anger and nationalism of the white population over his actions and growing popularity. However, his efforts against segregation in 1955, prompted the United States Supreme Court to issue a ruling to desegregate busses.

In 1958, Reverend King suffered an attack from an unlikely assailant. Izola Ware Curry, the black daughter of sharecroppers, suffering from mental illness, stabbed King in the chest with a letter opener while he was reading a copy of his own book “Stride Towards Freedom: The Montgomery Story”. He would make a full recovery and later recount this story in the famous “Mountaintop” sermon, the last he would deliver before his death in ’68.

Dr. King believed strongly in the non-violent demonstration to protest the injustices around him. His strong convictions and faith helped drive him forward. He traveled to India in 1959 to learn about the ways of Gandhi and the non-violent civil disobedience that defined his legacy.

In the tumultuous times of the 60’s, MLK would continue to build a legacy of his own. As he had become the face of the Civil Rights movement, the world’s gaze was turned towards him. He was well aware that his actions, and those he led, were under a microscope. 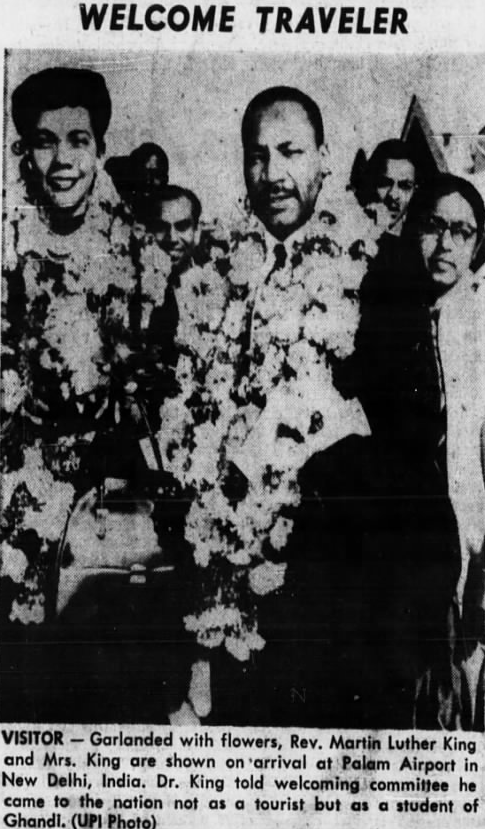 The chasm between those who revered him, and those who despised him, was deep and wide. It seemed unbridgeable and growing. As anger gave way to even more violence, Dr.King implored all those who felt oppressed not to resort to violence, as it would fuel the rhetoric of those who spoke against them, and would be be met in kind.

However, the black community continued to be the victims of violence, blind hatred and increasing hostility in the mid-60s.

We encourage you to explore your own community’s history, and share with us what you have discovered. Each city, county, and state had their own perspective, and it is important we continue to learn from one another. 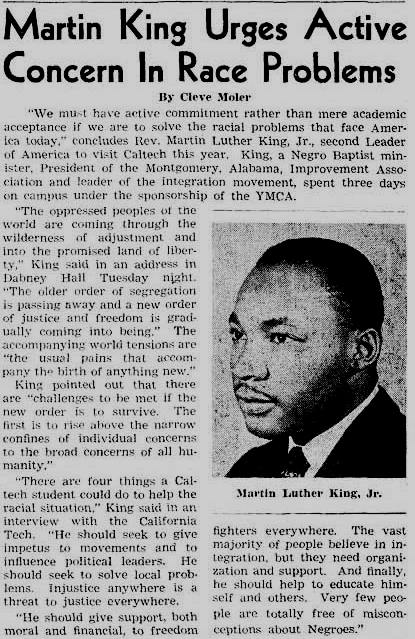 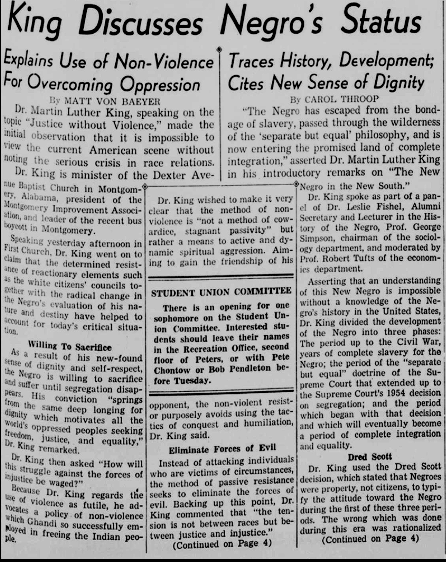 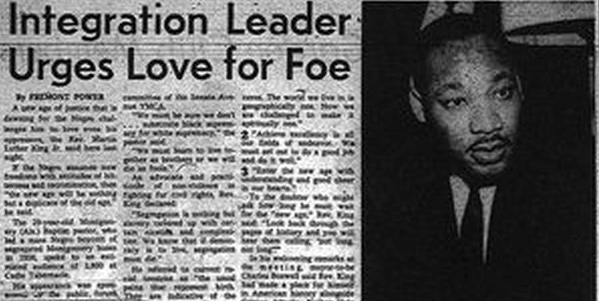